As my mentee group of young men finished up the other night and after they had all left, I sat alone on the patio just contemplating the evening’s discussions and singular topics of conversation. As I thought about the laughter and playful jokes cast upon each other, I realized something. There are times when the guys speak a lot and then there are times when even though they don’t speak a lot, what they do say is full of information. Many camouflaged hints, and innuendos that if I didn’t believe and practice in listening to what wasn’t said, I feel I would have missed so much insight into their emotional and spiritual wellbeing. 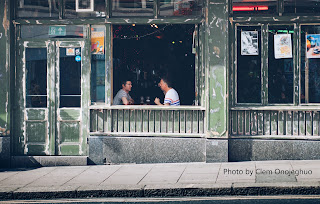 Words matter and it is critically important when speaking with men to listen to and read between the lines. As personal stories go, without someone listening to them, their story would just move on without anyone giving it a second thought to hear the words which may indicate the “why” they were said to begin with. It would have been my missed opportunity to speak life into them during my time together or the one on one coffees with them.

Life can be so crazy for all of us but for these young inexperienced men, everyday life can become overwhelming and could be tempted to just not bother with it because there may be hurt or pain, which are contributors to a feeling of hopelessness and worse, loneliness. This is never healthy for anyone. 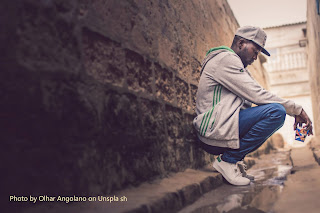 Going back to the evening of my guys group, we spoke to a lot of things and there were a few things that we discussed that shall remain “secret” due to it’s very personal nature, but what I can say is that men need to talk…about many things, all things. Most days guys wear a mask that they hide behind to cover many things and in order for them to step out from behind the mask, there's a few things that have to line up. They need a place where there is safety, where there is no criticism or judgement. A place where they can just be themselves, messed up, quirky, but always safe. A place where they know there is no one better or worse than them. Where they are equal and close enough to speak out loud about anything and everything. These are the moments when the windows of heaven open and we imagine Jesus saying, “YES!!! This is why I called you here, and here you will learn about an intimate relationship with Me first, and then an intimate relationship with others just like you. Men that do life and share life together to support each other, to hold up each others arms, and to point each other back to Me your source for life.” This impacts me to the core as I was, and am, so proud of these guys for their vulnerable sharing, for their trust, and the very evidence of love in action for each other. 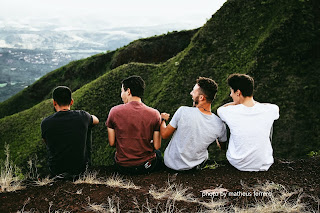 I’ve been a part of other men’s groups before and I have to brag about this group always, that they embody an intimate relationship with another man, AND, they hold nothing back between them. I have been working with these guys for over two years, starting with one who then invited a second, who invited a third, and the third invited a fourth. It took some time and I can’t say it has been an easy journey but man is it worth it. I can’t believe I am witness to what God can do with anyone that is willing to learn. Anyone who is willing to say enough is enough and take the hard steps to move into a higher level of emotional and spiritual health. These young men do not have an easy life but right now they have an abundant life. The one that God promised to those who want it.

For the men that are in fellowship with other men or just one, enjoy, enrich it to it’s maximum capacity. Envision more than just having fun together and chatting. Create within an intentionality to  pull each other up and encourage one another knowing that at any time life will hit you square in the face and you’ll fall flat. Friends are good to have, but an intimate friend, one that sees you honestly and truthfully, are rare and more valuable than any amount of money or gold. All our backs are exposed at any time and knowing someone has guard over you, is like Jesus with skin on as they say "having your six." Nothing better in this world, no one better to do life with. Get here and I promise…you will love every moment of every day knowing you have this kind of friend, and even more when you have a few.