The Strength of Vulnerability

I have had, and still have, the pleasure and honor to lead and mentor quite a few men in my lifetime. There’s something to be said about the bond between these men and myself that I pray carries them long after I am gone and just a memory. I was taught early that the strength of a man is strongest when he is vulnerable. I did say vulnerable. That word that carries so much distaste for men who walk around defeated because in their minds it means having to share their feelings, being really touchy feely, and perhaps worst of all, having to hug longer than the cultural prescription of three pats on the back and you’re done. If it is anything, it certainly is not any of what I just named.

A few of the men say they’re just not wired for it since young and were taught by their dad what it meant to be a man. In addition, it is absolutely not in their character or personality. Well of course neither of these is true as we are taught that God made us in His image, that means His attributes and likeness. If that is correct, then we definitely have a built-in ability to feel, cry, to sense emotional pain and also enjoy the many joys in our life. I’ve been with men at sporting events and believe me…men can rock when it comes to verbalizing support, anger, or joy. Yessiree bob, all they do is open their mouth and all of it comes out. Don’t tell me you’re not built that way. Honestly though as good as all those are, vulnerability is mostly about building a bond of trust. The kind of trust that one man can have with another. Trust where they each know you have each other’s back; young men say,”a brother from another mother”. There may be other names, but they are all supported by TRUST. Trust is kind of like the backbone of a successful relationship where two men learn from each other and at the same time overlook any faults or failures. Never saying I told you, so but instead reaching down and offering a hand to rise up. A hand with no judgment, no criticism, but merely accepting each other which makes it comfortable as we walk through our fears and weaknesses. This effort is what being vulnerable is all about. 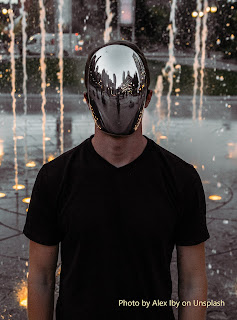 As a mentor I try to be as authentic and honest with what I say and do. I express to the men in my small groups that I would like the same courtesy, but I also understand that being vulnerable is not something that comes easy, so I patiently work with them, listen, and advise when asked. Eventually they hear something that opens their minds and hearts up to be able to express something in the group or one on one. Many times, something no one knew but had held onto until the time was right. Unless I am asked, I never comment on it and I never try to appear surprised. This is my way of easing someone’s caution but also walking them through a very unknown and uncomfortable position. Honestly, handing them a safe and caring attitude. I know that in this world full of unfulfilled promises, hurts and pains, these men struggle to be real and authentic. They may really want to, but they have been so impacted by so much negativity in the world they face daily. I just try to walk beside them in these times. Although there have been times when I am asked some of the hardest questions I’ve ever had to answer, I do, or at the very least, if I don’t have an answer, I express I don’t have an answer. They need to know that I am not all knowing nor that I have the answer to all of life’s questions. I just happen to have lived long enough to have gained knowledge and experience that I am happy to share with them.

There’s been a few times that a few men stated they had no problem with being vulnerable and as I soon found out, a very small percentage of these men truly are not afraid of it. I find out rather quickly whether they have had solid teaching and strong male bonds somewhere along their young lives and were taught the value of being authentic and honest. This is a good thing and I wish more of our young men were taught this or at least had someone in their life to display it for them. This would help them so much along the way to becoming mature and loving men. It also plays a big part in their understanding of doing life altogether and how to work with and adjust when needed, the special relationships that come their way. 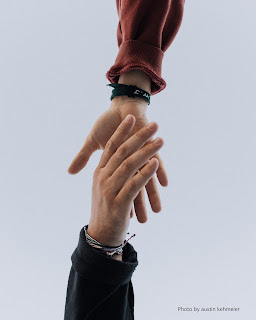 I have seen these young men take small steps forward, and sometimes take two steps backward. No surprise there and it quickly becomes a teaching moment. They also make large steps forward but when they do this level of forward progress, the large backward steps are not as frequent or as large. Why? I believe that when a young man believes something and it is major for them, they quickly adopt and operate out of this new belief, and it is now serving them. This type of recognition takes time and patience which is not something guys are accustomed to. I mean they hate waiting for progress, patience, after all, is not something they learn early starting with their home of origin all the way until they come to me. They have a lot of work to undo many things and relearn how to do them. Like I said, patience is key. When men connect with these new ideas of being yourself with authenticity and honesty, they connect well with other men that have walked through the same ruts they did and now are on the other side of things. Even with these positive and healthier levels in men, there may still be a lot of work to do in this area. I say this because there is still this built-in mindset of masculinity that is so attached to men. Heck, for that matter, all of us. We still walk around with a traditional value of competition against the hierarchy of our old flesh and protection from those that would threaten to out do us. When this happens, we see ourselves as “less than”, that we didn’t “step up to the plate”, and the minds old trick, “I am a failure.” 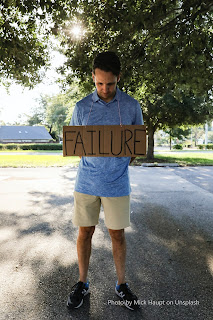 Men…when you try to be different by being honest and authentic, you are never a failure. You DO step up to the plate of life and handle whatever pitches are thrown your way. Sometimes a home run, and sometimes you strike out. This is called experience and if used correctly, it will serve you well and often.

There’s a verse in the Bible King David wrote and I try to always remember it when someone new comes to me asking for help. I hope you believe the same because it’s true.

David writes, “for it was You who created my inward parts; you knit me together in my mother's womb. I will praise You because I have been fearfully and wonderfully made”.

You are my brother, you are a wonderful man that is capable of many things in your life so believe me when I say, “stop and breathe” and as you do this, you will learn too “just be you”. This is the strength of being vulnerable. It brings out who you really are not what people may think you are.