As the fellowship of guys grows within our communitites, there seems to always be that one "fishing" story that is almost too hard to believe and somehow always trumps anyone else's story. You know exactly what I am referring to because most men have either told that story or hve been in a group where someone else tells the story. I think this is a story told round the world, so to speak. Men are men and as competitive as we are, we always want to have a better story than the rest of the pack. That's just the way men do things as part of fellowship with other men. 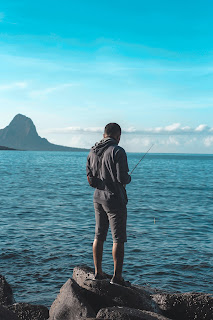 I actually am witness to a story that, as I think about it, sounds impossible and exaggererated but trust me it's not since I actually was there at that very moment. So a couple of my buds and I planned a fishing trip for a few days and while there we each tried and tested artificial lures and some live bait. For the most part a few fish were caught but nothing to brag on. At least not until one of my buds decided to skip fishing in the water and thought it would be a great idea to fish in the air, for birds. Seagulls in particular. We thought about what he said and naturally thought is was a silly idea, but as I looked over at him about to share a sly remark, he cast his bait in the air and caught a bird...OMG he actually reeled in the bird! Standing there with my mouth wide open I couldn't believe what I had just seen. I'm thinking there is no way this could happen! He called his cast, his catch, and did it on the first and only cast! Reminded me of Babe Ruth when he called his homerun during a game. He points his bat in the direction of where the ball would go, he swung at the next pitch, and there it went over the fence! Wow, wow, wow!!! That day the men in that stadium must have felt the same thing I felt and that was "no possible way"! Had I not witnessed this moment, it would have been hard for me to envision, much less believe that this happened right in front of me. Incredible!
Although what happened was pretty darn good and all, what I came home with, aside from fish, birds, or any other animal, was a heart full of joy and much content. My heart felt at peace having spent a few days with guys I am close to in life. We laughed, talked, and for the most part, played...we played like children. Always looking to one up each other, always looking for the next unequalled feat like the bird catch. Loving life and living seemingly without a care in the world for those few, but very special days. We didn't want our time fishing to end, to lose what we just restored and renewed in our spirits, to face the reality of each of our lives when we arrived home. As much as we missed our families, we missed our "kid self" too. Fishing was just the venue, catching the bird for my friend was just an adventure, celebrating that we had the opportunity do share life with one another was priceless, as they say. God never meant anyone to live alone and that weekend no one felt alone or felt life's demands. We felt, for a weekend, that feeling of going back in time when we were young, full of energy, and played until the sun was going down but in this case we turned on the light on the pier and continued fishing, continued something we all were enjoying and with the people we love.
Listen, if you have friends you can do something with, do it. Don't wait to be invited, don't wait until you're not so busy or tired. Be the initiator, be the one that puts it together, be intentional to be with your friend or friends. Be together, journey together, live life to the full and do it with guys you like being around. You can never live life out loud if you don't allow yourself to. You can never be more like yourself until you have found that friend that desires to be more like himself too and you share your lives together. There is something to be said about the person that has your back and that is that he accepts you the way your are, with all your faults and with all your quirkyness because you are accepting of him in the very same way. If you don't have this kind of friend, find one or two, but keep in mind that in order to find this person, you first have to be this person to someone else. You won't know life until you are experiencing it with a bud.
"Every man dies. Not every man really lives." William Wallace, Braveheart 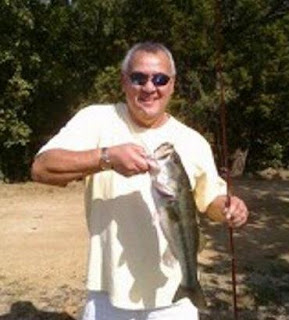 The Strength of Vulnerability

November 26, 2021
I have had, and still have, the pleasure and honor to lead and mentor quite a few men in my lifetime. There’s something to be said about the bond between these men and myself that I pray carries them long after I am gone and just a memory. I was taught early that the strength of a man is strongest when he is vulnerable. I did say vulnerable. That word that carries so much distaste for men who walk around defeated because in their minds it means having to share their feelings, being really touchy feely, and perhaps worst of all, having to hug longer than the cultural prescription of three pats on the back and you’re done. If it is anything, it certainly is not any of what I just named. A few of the men say they’re just not wired for it since young and were taught by their dad what it meant to be a man. In addition, it is absolutely not in their character or personality. Well of course neither of these is true as we are taught that God made us in His image, that means His attribute
Post a Comment
Read more

December 27, 2021
Not that I’m being nosey, well, maybe sometimes I am, but I am absolutely mesmerized by listening to people as they talk with one another or to me. Obviously, it’s impossible for me to ascertain what is occurring in their minds, so I’m left to formulate that whatever is in their minds at that moment, is what may guide or steer that particular conversation. Something I’ve learned in my years of counseling and being a mentor, is that I must be very intentional when talking to someone, that I listen to what is being said, and just as important, to what is not being said. Active listening some folks may call it, but it’s the keen ability to listen deeply to someone and not just hear them. At times Active listening requires utilizing many of the other human senses to learn more about them. Like the cologne they have on, are they right or left handed, what are some repetitive words and phrases they use, and of course, asking the right questions. All this information goes a long way into un
Post a Comment
Read more